This type of fracture is treated most often with conservative or non-operative means. Because it is rarely significantly displaced, immobilization with either a surgical shoe or a removable cast boot will allow for adequate healing. This may require a period of six or more weeks before complete healing is noted on x-ray. In some instances, your doctor my recommend surgical treatment if the fracture is displaced or the fracture fragment is relatively large. If surgical treatment is indicated, your doctor may use various techniques to repair the fracture including screws, pins, or a technique known as tension band wiring. On rare occasions, the avulsed fracture fragment may fail to unite or heal; resulting in a small fragment of bone which may be very painful with walking or when it rubs on shoe gear. In these cases, your doctor may recommend that the fracture fragment simply be removed.

Because this type of fracture occurs in an area of diminished blood supply, this type of fracture often requires a more detailed treatment plan than that of the avulsion injury. Your physician may recommend a below knee fiberglass cast to be worn for a period of at least six weeks. He/she may or may not allow you to bear weight on this cast. In more active individuals, athletes, or in cases where the fracture has occurred due to a previous stress fracture, your doctor may suggest surgery as a better alternative. This will often decrease the number of weeks that cast immobilization is required, increase the healing rate, and decrease the risk of re-injury after the initial treatment. Your doctor may "fix" a Jones fracture by a number of different methods. Often times, a very small incision is used to place a “guided” or cannulated screw down the intramedullary canal of the fifth metatarsal bone.

Treatment of this fracture is typically based on the level of displacement that has occurred with the fracture. If there is minimal displacement or the fracture in incomplete your doctor may treat you with non-operative means. This may range from a post-operative type of shoe to a removable cast boot. Most likely, a period of restricted weight bearing will be required to allow for proper healing. If the fracture has separated or is displaced, surgical treatment is indicated. Your surgeon will often use screws or a combination of screws and a plate to repair your fracture. Although this fracture is relatively unstable, it lends itself nicely to fixation.

Regardless of which type of fifth metatarsal fracture you may have or which treatment modality your physician has recommended, it is important to follow your physician's instructions. If the fifth metatarsal heals improperly, or fails to heal, a surgical procedure is often warranted to repair the situation. This can greatly lengthen your recovery time and reduce your chance for a pain free, satisfying result. 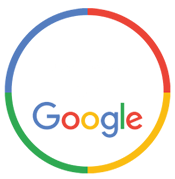